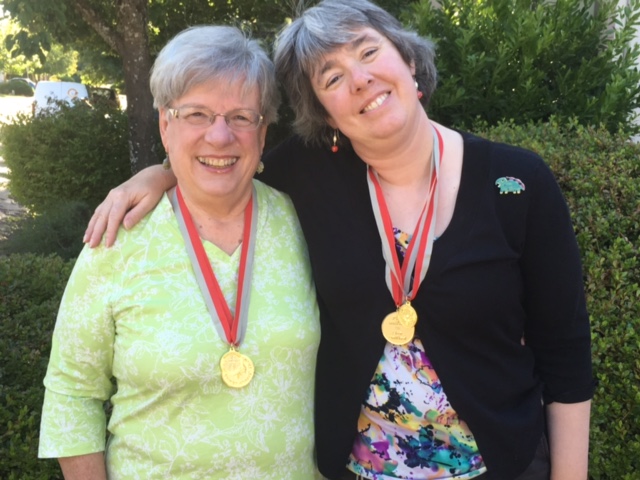 On July 9 and 10, 2016 more than 1,600 softball, track & field, golf, and bocce athletes converged on Newberg for the Special Olympics Oregon (SOOR) state games.

TRI’s Bonnie Morihara and her neighbor Holly have been competing as Unified Partners (an intellectually or physically challenged athlete plus a friend or relative) in bocce for three years now. This year they placed first, winning Gold medals, in their 4-team division in both the regional bocce competition in Eugene and the statewide competition in Newberg. Bonnie says that Holly is particularly good at bocce because she also competes in Special Olympics bowling in the fall. 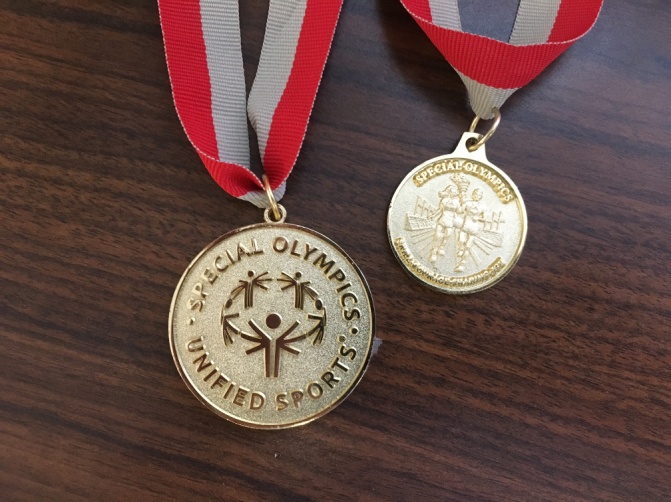 But if I cannot win,

Let me be brave in the attempt.

Special Olympics Oregon makes sure that all participants go home with either a medal or ribbon by carefully placing participants in small similar-ability groupings. Medals or ribbons for every participant help athletes feel pride in their accomplishments and provide a tangible memory of their weekly practice sessions and competitions.

When Holly moved into the house next door to Bonnie four years ago, both were surprised to discover a TRI connection – Holly was diagnosed with autism as a young child and attended TRI’s Child Development Center 40-some years ago where she learned to talk and interact with others.

Bonnie also volunteers in the winter as a snowshoe coach for Benton County Special Olympics, a sport in which Holly also competes.