Improving the outcomes of students in Oregon's 21st CCLC programs

This training was held before and during COSA’s Pre-Conference Session: 2018 Summer Teaching, Learning, and Assessment Institute being held in Eugene. 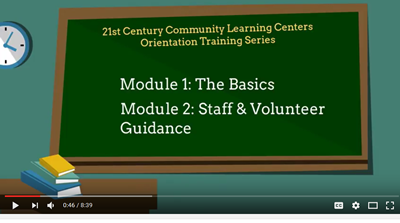 Module 1: The Basics, provides support for new staff and volunteers. Topics include CCLC history, core components of all CCLC programs, and grant requirements. 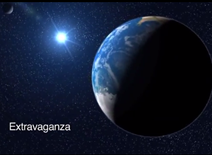 End of year celebrations are special times for both students and Staff. Klamath Falls captured some of these moments in a series of videos and have decided to share them.

The Research Institute (TRI), in partnership with the Oregon Department of Education (ODE), hosted the 21st Century Community Learning Centers (CCLC) 2016 Spring Conference on May 5th and 6th. Representatives from 22 school districts across Oregon attended this bi-annual conference, engaging in a variety of professional development activities. Download conference materials. 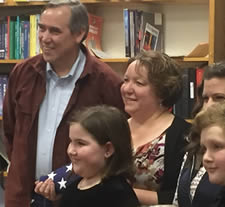 Congratulations to all the staff and students at the Falls City FACES program.  On February 5th, Senator Jeff Merkley spent time during his Town Hall meeting to recognize the efforts of the Falls City program.  Merkley presented the program director, Amy Houghtaling, with a U,.S. flag that had flown over the Washington D.C. Capitol. Read more about the program in the Itemizer-Observer article.

Grant Opportunity from Oregon Agriculture in the Classroom

The Oregon Agriculture in the Classroom is excited to announce our newest grant opportunity! Oregon Agriculture in the Classroom will award 10 grants to projects or programs in order to enhance knowledge of egg preparation and nutrition among Oregon middle and high school students grades 6th-12th. Each program receiving a grant will receive $200 to be used for the purchase of eggs or egg products (hard-boiled, liquid egg products, etc.) and costs related to purchasing supplies required to teach the egg-related lessons.
Read More

TRI Hosts Afterschool Programs from Across the State 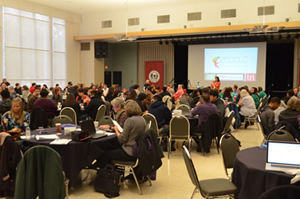 The Research Institute (TRI), in partnership with the Oregon Department of Education (ODE), hosted the 21st Century Community Learning Centers (CCLC) 2015 Fall Conference on November 19th and 20th. Over 230 individuals involved in offering quality afterschool care programs participated in the two-day conference at the Western Oregon University campus. Included in this number are program directors, site coordinators, and direct staff from the 97 21st CCLC sites across Oregon

Meeting Every Student's Needs - After School Programs Making a Difference

The Research Institute (TRI), in partnership with the Oregon Department of Education (ODE), is proud to host the 21st Century Community Learning Centers 2015 Fall Conference at Western Oregon University on November 19th and 20th. 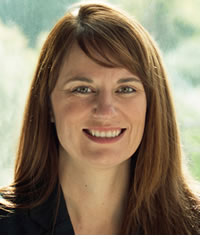 The Oregon Department of Education (ODE), in partnership with TRI, brought together representatives from 22 school districts across Oregon who are participating in the 21st Century Community Learning Center (21st CCLC) project. This conference, held May 28 and 29 at the Lane Community College Center for Meeting and Learning, focused on providing vision and support for participating programs.

The goal of this federally funded project is to improve the outcomes of students in before and after-school programs by providing academic enrichment in core academic areas such as reading, science, technology, engineering, arts, and math, in addition to services such as counseling, parent education, recreation, and drug and violence prevention. TRI has partnered with ODE to provide technical assistance, training, and web-based support for 21st CCLC programs throughout the state.